May 28, 2019 - by Daniel Tepfer, CT Post - BRIDGEPORT -  A local man is fighting a court order forcing him to undergo shock therapy.

“This shouldn’t be happening in the state of Connecticut where they can strap you down and do something to you that can cause a person brain damage,” said Virginia Teixeira, a lawyer for the Connecticut Legal Rights Project.

A May 30 hearing in Superior Court here has been set for an emergency order to halt the therapy, which is expected to be done at Yale-New Haven Hospital.

The 26-year-old man, whose name is not being disclosed, is currently an inpatient at the Greater Bridgeport Community Mental Health Center. Following a hearing on May 3, Bridgeport Probate Judge Paul Ganim ordered involuntary shock therapy, or electroconvulsive therapy as it is also known, be performed on the man.

The probate court file is sealed. However, sources said two hearings were held before Ganim in which medical professionals testified the therapy is necessary for the man. The judge then empowered the man’s conservator to OK the therapy.

In documents filed in Superior Court, Teixeira, who was contacted by the patient, listed as John Doe, to represent him in the appeal, states that Doe has already been subjected to involuntary shock therapy at Yale, but health officials want to perform the therapy on him again.

Still controversial, shock therapy is generally accepted as a treatment by mental health professionals in this country for severe depression and mania. Connecticut has barred its use with children. Side effects can include confusion and memory loss.

State law generally prohibits shock therapy from being administered to a patient without the patient's written informed consent. However, if the head of a hospital and two qualified physicians determine that a patient has become incapable of giving informed consent, shock therapy may be administered following a probate court order after a hearing.

At that hearing, a judge must find the patient is incapable of informed consent and there is no other, less intrusive beneficial treatment.

Teixeira said her client wasn’t given due process at the probate hearings and it wasn’t proven that shock therapy is necessary.

“He obviously was sophisticated enough to contact me and ask me to file an appeal,” she said. “The client told me he is really scared and asked me to help him. This should not be forced on him.”

Teixeira said under the current court procedures, patients ordered to undergo shock therapy by a probate court have 30 days to appeal but there is no automatic stay of the order making it necessary to file for the emergency order in Superior Court.

The plaintiff states that he "fears the well documented side effects related to shock therapy" and "especially fears the possibility of memory loss."

“However, the plaintiff does not allege any facts to support that such side effects exist or that if they do, that the risk of harm in not providing this treatment outweighs whatever other harm might come from the treatment,” Melendez’s motion states. 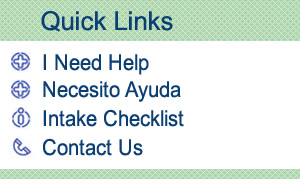